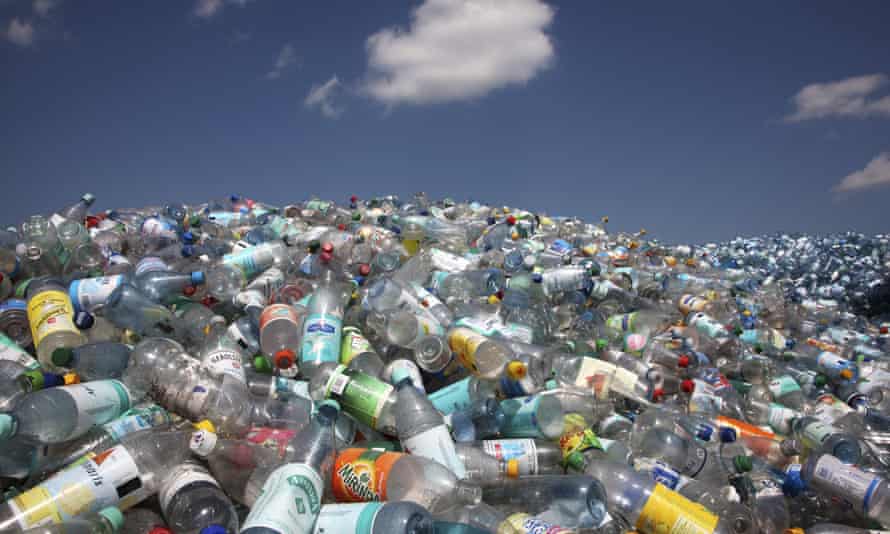 Major packaging producers and environmental charities have called for the G7 summit to agree to a global treaty on plastic to tackle the waste crisis.

Nestlé, one of the largest creators of plastic waste, has joined the supermarkets Aldi, Iceland and the Co-op as signatories in an open letter that supports a binding worldwide treaty to tackle plastic pollution.

The letter, also supported by the TV presenter Chris Packham and activist groups Surfers Against Sewage and A Plastic Planet, says that only a global approach will start to tackle the problem.

“Some 300m tonnes of plastic waste [are] produced every year,” the letter said. “Less than 10% of all plastic has ever been recycled. The rest piles up in landfill, is incinerated, or ends up littering our natural environment for centuries.”

The coronavirus pandemic has contributed to the plastic waste crisis in the form of mountains of discarded PPE. “The pandemic has only sent us deeper into this crisis. In just two months, 1bn items of PPE were handed out in the UK alone. Globally, 3m face masks are thrown away every minute – amounting to 129bn every month – mostly disposable, mostly plastic,” the signatories said.

G7 leaders are meeting in Cornwall in June. Environment ministers of the G7 countries have issued a statement saying they are committed to protecting the land and the ocean and to slow biodiversity loss by 2030. But the signatories to the open letter published on Thursday say there needs to be a focus on plastic. “With the G7 summit meeting in June, now is the time to put a global treaty on plastics on the agenda.

“More than 70 governments – including the UK – have already expressed their support for such a treaty. And with the members of the G7 credited with leading the way to secure the Paris climate agreement, they are primed to champion a similar treaty tackling the scourge of plastic pollution.”

As well as causing ocean pollution, the world’s reliance on single-use plastic is contributing to the climate crisis and threatens attempts to meet the Paris climate targets.

Analysis published this month revealed 20 companies were responsible for more than half of the world’s plastic waste.

More than two-thirds of UN member states have indicated they are willing to sign a treaty to tackle plastic waste.