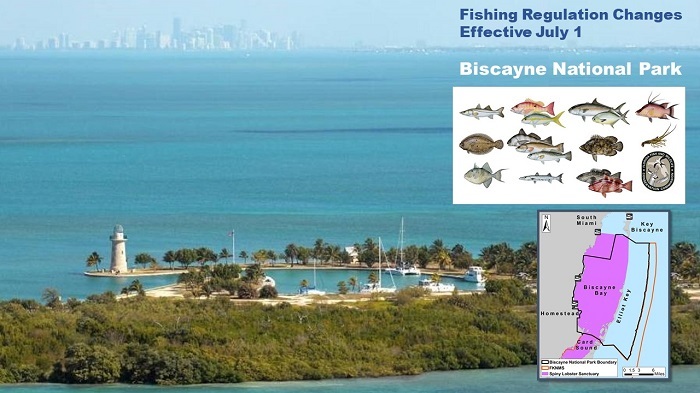 Several regulatory changes aimed at achieving fishery management goals in Biscayne National Park go into effect starting July 1. The Florida Fish and Wildlife Conservation Commission (FWC) will return in five years to provide an update on monitoring and progress toward management goals and to evaluate the effectiveness of these changes.

These changes were made because, as part of the Fishery Management Plan, the FWC and the National Park Service agreed that the FWC would develop fishing regulations for the park with the goal of increasing the size and abundance of targeted species by at least 20% within the park.

The following species are included in the 10-fish per person aggregate harvest and possession limit for recreational harvest: