The new president will have to act quickly and decisively when he takes office. Here is what he should do right away, from rejoining the Paris agreement to undoing Trump’s rollback of regulations. 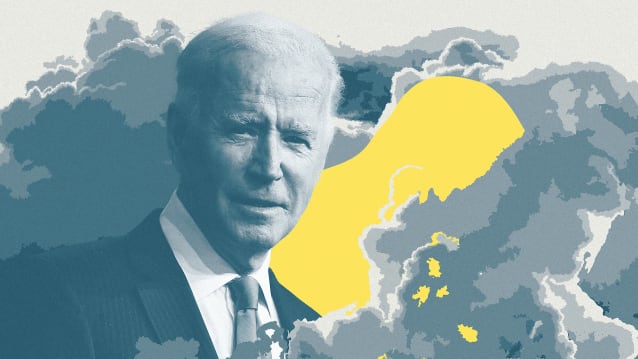 If 2020 hadn’t been the year of COVID-19, it might have gone down as the year that the climate crisis became more obvious than it had ever been before. By the end of January, fires in Australia that began in late 2019 had burned through an area larger than Ireland. In April, the Great Barrier Reef reported the most widespread coral bleaching event on record. In July, as much as a third of Bangladesh flooded, displacing millions of people. In August, record-breaking fires in California temporarily turned the sky dark orange, and then made it unsafe to breathe outside for weeks. In November, after a record number of storms in the Atlantic, typhoons in the Pacific flooded Vietnam and damaged hundreds of thousands of homes in the Philippines. In the U.S., there were a record number of billion-dollar disasters over the year.

When Joe Biden takes office, CO2 levels in the atmosphere will be higher than ever before in human history. The challenge will be far harder to solve than if the government had acted earlier. But it’s still possible for the U.S. to get on a path that will make it possible for the country to eventually meet the goals of the Paris climate agreement—and stop the climate impacts that are already happening from getting far worse. Here’s where experts say that Biden should start.

Trump’s withdrawal from the Paris agreement took three years, and formally happened just one day after the presidential election. But after Biden sends a letter to the United Nations saying that he wants to rejoin, the U.S. can be part of the agreement again in just 30 days. The agreement aims to limit global warming to 1.5 degrees Celsius, and countries have to set targets to cut emissions in line with that goal. New goals will be set in 2021. The new administration needs “to put something ambitious and credible on the table for us to have value on the international stage,” says Rachel Cleetus, the policy director of the climate and energy program at the nonprofit Union of Concerned Scientists.

COMMIT TO SLASH EMISSIONS IN HALF BY 2030

While campaigning, Biden said that he wanted to make electricity carbon-free by 2035, and get the overall U.S. economy to net zero, meaning that any emissions are balanced out by taking in carbon through trees or other carbon capture, by 2050. Several other countries, from the U.K. to South Korea, already have net zero goals for 2050. But getting there requires interim goals to stay on track: “2050 is the absolute end of the timeline that we have,” says Sara Baldwin, the electrification policy director at the nonprofit Energy Innovation. “Accelerating timelines well before that is critical in order to get to 2050.” Globally, climate science suggests that emissions have to drop around 45% by 2030 compared to 2005 levels to be on track for the Paris agreement. The U.S. has a responsibility to move faster because it’s responsible for the most emissions over time, says Cleetus, and should aim for at least a 50% cut.

Trump tried to weaken more than 100 environmental regulations, including key rules that limit pollution from cars and power plants. Biden can use executive orders to put regulations back in place and make them stronger. “There’s a big mess to clean up,” says Baldwin. “There’s a lot of rules and regulations that were undone, sidelined, or watered down that need to be reinstated and strengthened.” One rule that Trump eliminated, for example, reduced emissions from methane leaks in oil and gas production, a critical source of pollution that can easily be curbed.

A sweeping stimulus package can create jobs and rebuild the economy while also tackling climate change with investments in things like modernizing the electric grid and making buildings more efficient to save energy. “What we need to be doing is making sure that we connect the near-term imperative to the long-term needs to get to a net-zero economy, and invest in the clean infrastructure that puts us on that track rather than doubling down on fossil fuel investments,” Cleetus says. The focus should be on rebuilding infrastructure in the low-income communities that have historically been hardest hit by pollution, helping deliver immediate health benefits.

In many states, renewable electricity standards that require utilities to provide an ever-increasing amount of clean energy have helped ramp up solar and wind power. (In California, for example, a renewable portfolio standard started with a requirement of 20% renewables by 2017, then a new requirement for 50% by 2030, later bumped up to 60%; by 2045, the state will require 100% renewable electricity.)  The same type of standards at a federal level could help things move even faster. The cost of renewable energy technology has dropped so quickly that it’s feasible for the U.S. to get to 90% renewable electricity in just 15 years, with no increase in energy bills. A concerted policy agenda focusing on renewables would accelerate this change even more. Ideally, this would happen through legislation, but if Congress doesn’t act, the administration could create regulations under the Clean Air Act.