A new year is starting and we hope to use this opportunity to give a new boost to our blog. As the first day of the year is a Friday, there’s no way but to start with a Friday Fellow post, right?

For today’s post I would like to choose a species somehow related to the new-year thing, but what could it be? Well, the name January is related to Janus, the Roman god of the doors that is depicted as having two faces, because January is looking at both the last year and the new year. So why not a two-faced or two-headed species? 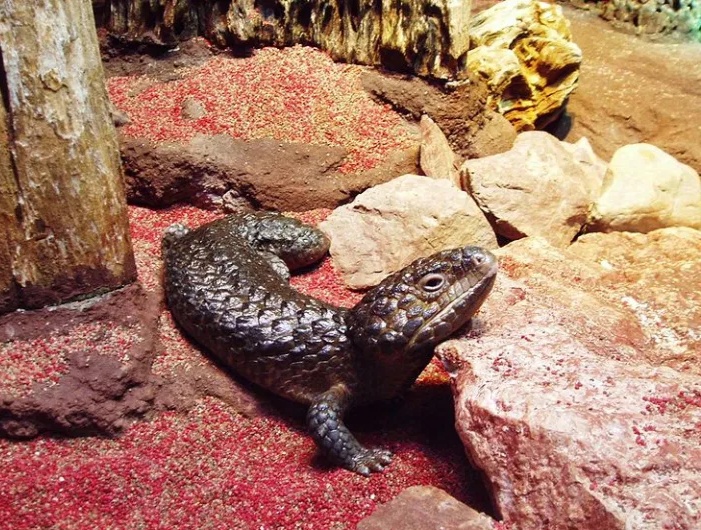 Our fellow, Tiliqua rugosa, is known as bobtail or two-headed skink and is found in arid and semiarid regions in southern and western Australia. Despite the name, it doesn’t really have two heads. Its short, wide and thick tail resembles somewhat a second head and is useful to confuse predators, such as snakes and mammals.

The two-headed skink feeds on small animals, such as insects and snails, as well as on vegetation. During the breeding season, these lovely lizards form couples that act just like human couples, i.e., in front of each other, they act as if they were monogamic, but as soon as the oportunity arrives, both male and female copulate with individuals from other couples.

Nowadays, the two-headed skink is becoming popular as a pet in Australia.