SLO County’s polystyrene ban was supposed to start this month. Today, it may be dead BY THE TRIBUNE EDITORIAL BOARD APRIL 13, 2021
0 Comments
 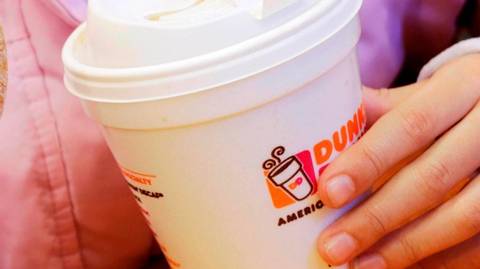 Supporters of a countywide ban on polystyrene containers — items like coffee cups, take-out boxes and ice chests — are making what could be a final push today to save the ordinance from being repealed.

We wish them luck, but we don’t hold out much hope of success.

A 7-6 majority on the Integrated Waste Management Authority (IWMA) Board already has voted twice to repeal the ban that was scheduled to take effect on April 9.

Those members have yet to be swayed by public opinion, which has been overwhelmingly in favor of keeping the ban.

At a March 10 meeting, IWMA Board President Robert Enns mentioned he had received only one response in opposition — and that was from the California Restaurants Association.

This debate isn’t so much about polystyrene — which is widely recognized as harmful to public health and the environment — but rather, it’s an ideological battle over whether the IWMA board should be able to legislate for the entire county.

Conservatives on the board — who include County Supervisors Debbie Arnold, John Peschong and Lynn Compton — believe it should be up to each individual city to decide whether to pass a ban on polystyrene.

“The real issue here is governing without representation,” Arnold said at the March meeting. “That’s been the bee in my bonnet the entire time that we’ve been discussing Styrofoam.”

The 13-member board does not lack for representation. It includes all five county supervisors, a member from each of the seven city councils and one member who represents the community services districts.

In other words, this amounts to a lot of chest pounding by conservatives who don’t want representatives of liberal enclaves like the city of San Luis Obispo or the North Coast making policy decisions affecting their constituents.

To get their way, last year they even threatened to withdraw from the IWMA.

Other members placated them by agreeing that, going forward, the district would only enforce state and federal mandates. Now that decision is being used to undo the polystyrene ban that passed overwhelmingly in October of 2019.

Never mind that the IWMA had already been conducting a public education campaign on the ban.

Or that waste management is a regional issue, which is exactly why the IWMA was formed.

Or that we should err on the side of protecting the public from a material the World Health Organization has deemed “probably” carcinogenic to humans.

Or that polystyrene already has been banned in the cities of San Luis Obispo, Grover Beach, Pismo Beach, Morro Bay and Arroyo Grande.

Making it countywide is a logical next step that would reduce confusion and send a strong message of environmental support.

Instead of showing leadership and doing the right thing, obstructionists on the IWMA board are passing the buck by looking to the state Legislature to pass a ban.

They even rejected offers to compromise by reducing the items covered by the ban, limiting it to coastal areas or reducing the punishment for violations.

Again, we don’t really expect any minds to be changed today, but the board does have the option of postponing a decision, which would give it a chance to explore whether a compromise is within the realm of possibility.

We strongly urge any board member who may be on the fence to keep an open mind and at least consider the alternatives.

As IWMA board member Karen Bright of Grover Beach so aptly pointed out at the March meeting, polystyrene isn’t just roadside litter — it’s in a class by itself and should be treated as such.

The meeting begins at 1:30 p.m. Go towww.iwma.com/about/government transparency/ for the Zoom link.